Moushe, three years imprisoned by the regime, believes that the agreement between the Syrian Democratic Forces and the Assad government is “the least bad of all options” 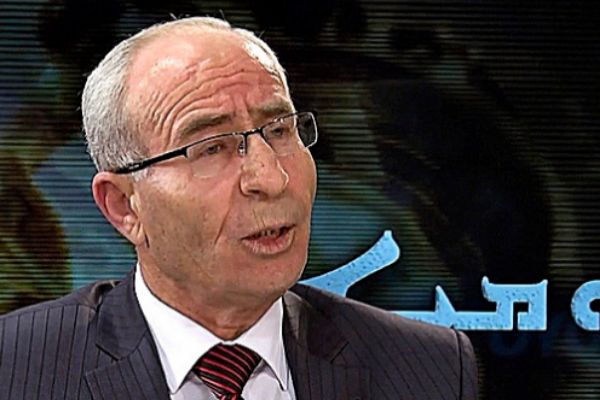 The Syrian revolution was already in full decomposition, caught between Islamist extremism and the regime’s rush, when Gabriel Moushe was arrested by the police loyal to Bashar Asad at his residence in Qamishli on December 19 of 2013. He will not return to freedom until June 22, 2016. Although the well-known 57-year-old activist, member of the group of opponents who signed the Declaration of Damascus of 2005 – one of the first proclamations against the power held by Asad- and former leader of the Assyrian Organization (ADO), acknowledges that “he lived many bitter experiences” in the prison states that he can be considered graceful. There he ran into prisoners like Ragheed al Tatari, “a pilot who refused to repress the Syrian people “- Moushe points out – and has been in prison for 38 years. “There was another Palestinian, Walid Barakat, who has been 37 years. Lebanese prisoners who have been there since the civil war (from that country, which ended in 1989), Jordanians …”, he says. His own knowledge has led him to distrust the power settled in Damascus but also ensures that the present agreement between the so-called Syrian Democratic Forces (SDF) of the northwest of the country and the government of Asad is “the least bad of all the options.” You can explain what is the treaty signed between the Kurdish and Damascus groups – It was to avoid genocide at the hands of the Turkish army and that the war did not extend to the entire border. The Russians have given the Turks permission to advance 5 kilometers within the Syrian territory, but nothing more, and they wanted to control 35 (kilometers).
There was also an attempt not to repeat the same agreement that was signed in Daraa (in 2018), which has not worked because the opponents are being killed and detained. That is why everything here is under the control of Russia and the SDF will become a division under Russian command. For practical purposes, the administration (pro Kurdish) will continue to operate temporarily in offices that will wave the Syrian flag because the regime does not have enough troops.
But, precisely after what happened in Daraa, do you trust that Damascus respect what was agreed? I did not trust the regime yesterday, nor today nor tomorrow. I believe that the SDF considers that it has obtained a favorable agreement. Perhaps in the short term, but my opinion is that in the long term the autonomous under Kurdish control has concluded, Rojava (as the entity is called) disappear. The Kurds are the losers. They will be the ones who will pay the price as it happened when Syria and Turkey agreed to their expulsion (in 1988, which led shortly after their capture). Kurds who are not Syrians will have to return to Qandil (in Iraq). Were you surprised by the decision to withdraw US troops adopted by Donald Trump? No, passes only work based on their own interests. I don’t want to call it betrayal either. America was not here to help the Kurds but for two basic reasons of their foreign policy: to end the Islamic State and prevent Irn from expanding its influence. What happens is that this decision, which I do not want to call stupid, goes totally against those objectives, it is an absolute neglect of all the foreign policy that Washington defends. We can begin to say that Bashar Asad has won the war Syria? s, but I also tell you one thing, Damascus has to understand that either it changes or even if it manages to win the military battle and does not solve the underlying problems that generated the revolution, it will replay. It is what is happening in Iraq or in Egypt. Without international support and with current sanctions, Bashar cannot rebuild the country. There are many people in the regime who are suffering from the economic shortage.
That is why the only solution is to reach an agreement on the new constitution that we will begin to discuss next October 30 in Geneva (Moushe is part of the newly formed Syrian constitutional committee sponsored by the UN). Our main concern now is that after this new victory the regime thinks that these discussions are not worth it and try to boycott them.
How was your experience at the jail? When they arrested me, they tortured me and insulted me much more than everyone else knows why? because I have always defended the peaceful resistance, no member of my organization ever pushed a weapon. I was always against the revolution responding in a violent way, from militarization. And he was also a Christian. The jailers tell me: Christians have to be with the regime, not against. It was a very bitter experience. I was in many fields. Better when I was transferred to a civil prison, although there I had to rent a place in one of the bunk beds to be able to sleep. It cost me 20,000 Syrian pounds a month (about 40 euros).
According to the criteria of The Trust Project