Foreign ministers want to “send a clear signal” to Erdogan after the invasion in northern Syria but the powers are of each capital. They fear a clash with the Turkish president who has threatened to open the doors to more than three million asylum seekers 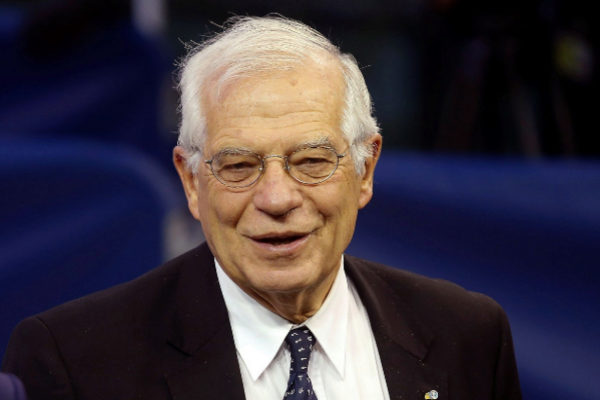 Erdogan threatens Europe: “We will open the doors and send you 3.6 million immigrants”
EU Foreign Affairs Ministers, meeting today in Luxembourg, try to close a consensus to approve an arms embargo on Turkey. After in the last few days some countries will announce that they stop deliveries and the joint Sunday night message between Emmanuel Macron and Angela Merkel, the 28 want to “send a clear signal” after the invasion in northern Syria, although not It is clear that they can get it. “We are going to discuss it but what is in the mood is to adopt a very demanding attitude with Turkey. Of course in arms sales in the first place, and see what else can be done. The attitude of total rejection and firmness is widespread against the attack. Achieving unanimity today? It will not say so much. Unanimous consensus is difficult to achieve, but in any case the sale of weapons is not a matter of the EU, but of each country, “he explained upon arrival Josep Borrell Spanish Foreign Minister and the next high representative for the EU Foreign Policy. The messages of the ministers have mostly gone in that direction. “The Netherlands has condemned the Turkish invasion and announced that we will stop arms sales. I hope that my colleagues today agree on a very clear European signal. However? We have stopped, other countries also, we will see what the Member States think they have not yet pronounced. Turkey must respect international legality “said the Dutch Stef Blok. “We must not sell our principles,” said Slovak Miroslav Lajcak. “An arms embargo must be on the table,” Edgars Rinkevics said. The process is not simple. Europe, once again, is sending signals of confusion, doubts and lack of maneuver. He wants to react but fears that any decision will lead to a clash with Erdogan which has already made clear his trick: 3.6 million asylum seekers at the doors of the continent. The EU has, for years, an agreement with Ankara for the Turkish government to stop emigrant leave in exchange for money and some political support for its future accession plans. Erdogan, pressed, has no qualms about threatening to open his hand and allow the problem that almost breaks Schengen in 2015 to reproduce again now. In his first appearance since he came to office, the Italian Luigi di Maio has seen him with the French Yves Le Drian, and the message that both have conveyed is that military operations must cease immediately as they endanger the operations that the International Coalition against the Islamic State carry out in the region. That is why Paris has asked Washington to convene an emergency meeting of the Coalition to study steps. “We cannot accept innocent victims. We cannot accept more blood or blackmail about immigrants,” the Italian wrote on his Facebook. “ For France, the enemy is still an Islamic State ,” the Frenchman reiterated. Besides, there is an additional element that makes many governments nervous. After the withdrawal of US soldiers, without which, as Borrell pointed out, “the Turkish attack would not have occurred,” what would happen if Syria responded? Turkey is a member of NATO, and therefore before an attack could invoke Article 5 of the Atlantic organization, asking for the support of its allies. A political nightmare that only in Moscow will see clapping. “We have no magical powers, but we will put pressure,” insisted the one who aspires to be the next high representative.